Digital Transformation as it Pertains to the Future of Fashion 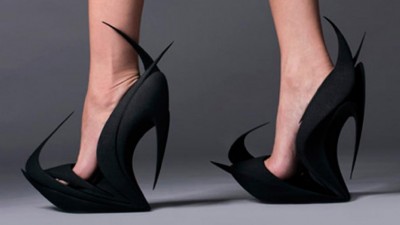 The rise of wearable technologies has transformed many industries.  The most obvious ones have been, consumer electronics and communications. Early adopter industries have included clothing, healthcare, sports and fitness. However, other industries are starting to adopt wearable technologies as computing and wireless communications begin to integrate wearables into virtually every aspect of products and services. It has been estimated that global spending on wearable devices will grow from from $9 billion in 2014 and reach $218 billion in 2019.

Several factors are facilitating wearable technology integration including expanded wireless capacity due to pervasive wireless (WiFi, WiMAX, and LTE), cellular market saturation and the need for wireless companies to establish new revenue streams, continuously decreasing cost of data, and the significant backing from huge companies including Google, Apple, and others.  There are key developments in technology taking place such as augmented reality, body area networks and ambient awareness which are driving the evolution in consumers perception of value and willingness to engage in new forms of communications, content, applications, commerce and of course fashion. People have access to wearable technologies that integrate with their bodies, but technology has the capability to transform clothing and accessories to make the body do and feel things like never before.

Currently,  the software available to those in the fashion industry aid with the digitalization of traditional workflows and materials, but software to aid with design processes as an artistic medium is yet to be seen. Digital technologies have not been widely adopted by the industry fashion industry yet because good digital tools for the fashion industry don’t really exist yet. Most designers are having to use CAD tools designed for the animation industry.

We don’t live in a time anymore of just fashion concepts and drawings. It’s a democratic time and everyone can shape the flows of material production and commerce.  The future involves projects leapfrogging out of the the gallery system, and into the world of disruptive change.  As a designer, its time to create art via the utilization of both traditional and technological methodologies. Designers change the way the world works and must start having conversations with commerce and manufacturing.